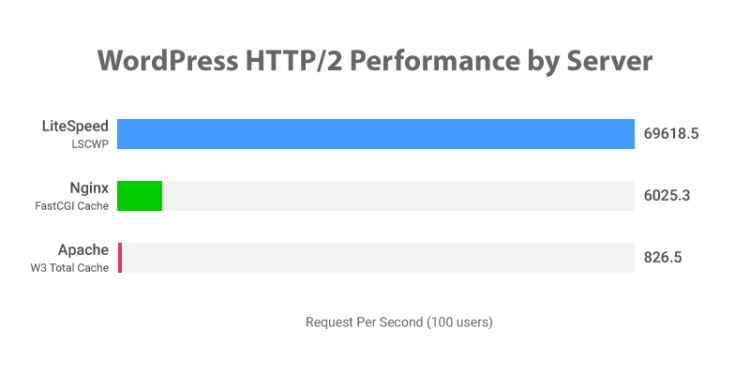 LiteSpeed Web Server is a drop-in Apache replacement and the leading high-performance, high-scalability server from LiteSpeed Technologies. It is designed to replace the typical Apache server you’d typically find on a web-hosting server without needing to change any configuration or worry about .htaccess differences, simply put, if it works with Apache, it will work with LiteSpeed.

At VisualWebTechnologies, we deploy LiteSpeed on all of our shared and reseller hosting servers to ensure our customers have the best possible performance from the outset.

How does LSCache Work

Imagine you have an uncached page.

A visitor requests that page, and a few things happen:

A few minutes later, another visitor requests that same page. Here’s what happens:

Notice how the inefficient web app is not in the picture at all once the page has been cached? From this point on, until the cache object expires, any visitors who request that page will not have to wait around for the web app.

Why Use a Plugin

The LiteSpeed Cache Engine can be controlled through rewrite rules in the .htaccess of a web app’s document root. So what do you gain by using an LSCache plugin?

An LSCache plugin bridges the knowledge gap between a web app and the Cache Engine.

Put another way: web apps have rules about what content may be cached, for how long it may be cached, and what events would cause a cache object to become stale. LSCache plugins are a way of communicating these web app rules to the Cache Engine. LSCache plugins allow you to manage the cache in such a way that more objects may be stored for a longer period, and with unparallelled accuracy. Why You Must Avoid Nulled WordPress Themes & Plugins

Importance of Customer Service in the Web Hosting Business

Six reasons to move your website to WordPress -CMS

Shared Hosting vs. VPS – Which One Is the Right Choice for You?